A Little Heart Palpitation - Not in a Good Way

Today finished a lot differently than it started. It started very casually and relaxing. I cycled laundry through and caught up on my email and made meals and cleaned up meals. All the Moses Family was out at their various activities except for Sam, their youngest son, who is a very fun playmate for our boys. Brock was working at Rimon's office all day. I didn't plan on leaving the house.

Around 4 in the afternoon, right as I was feeling kind of nappish, the boys all went outside to have an airsoft war. The oldest daughter in the Moses Family, Jocelyn, had just come home from her job. I was thinking about when we would be putting the lasagna in for dinner. I could here the pop pop pop of the guns outside and see the boys running back and forth in their teams. 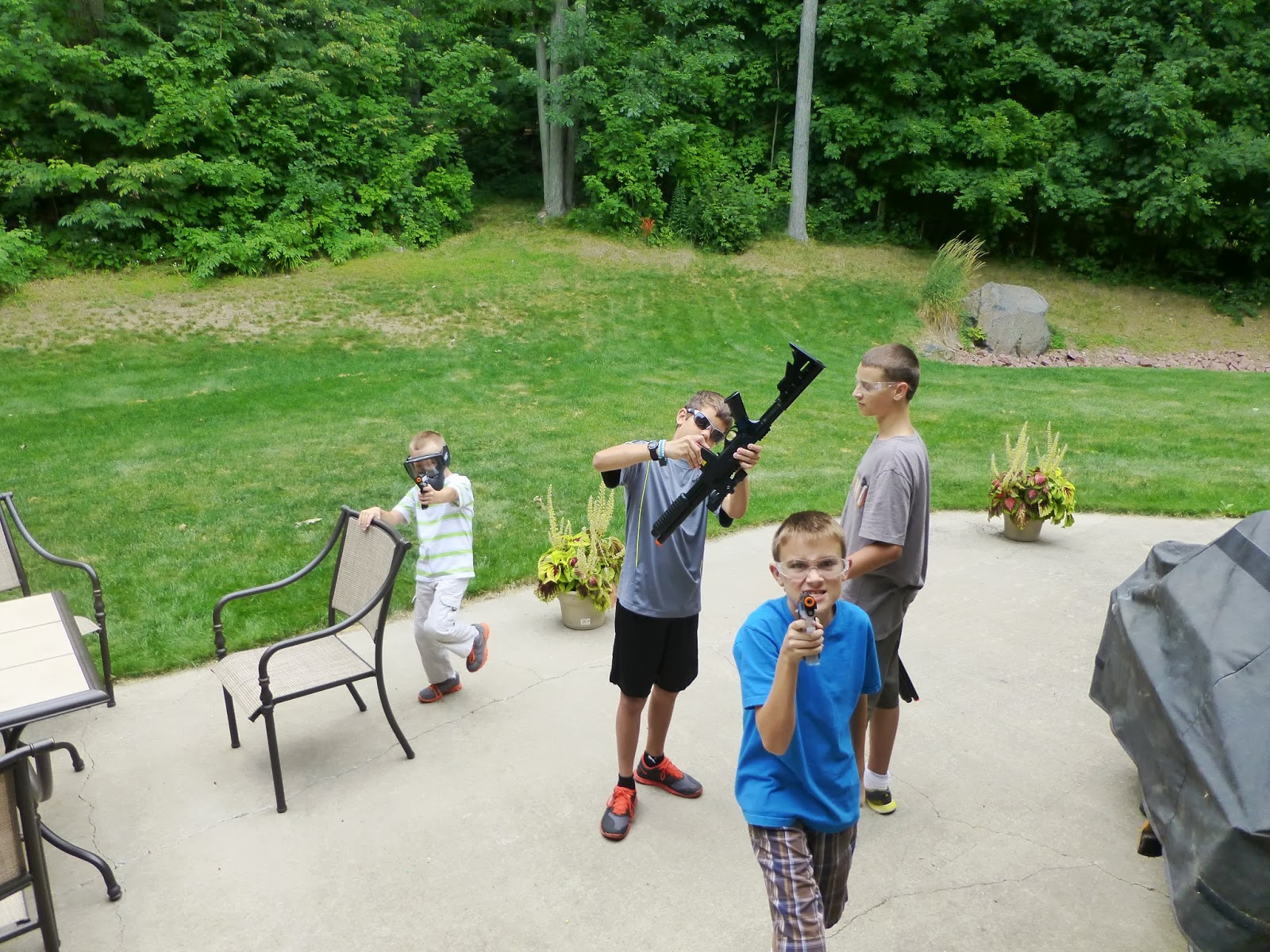 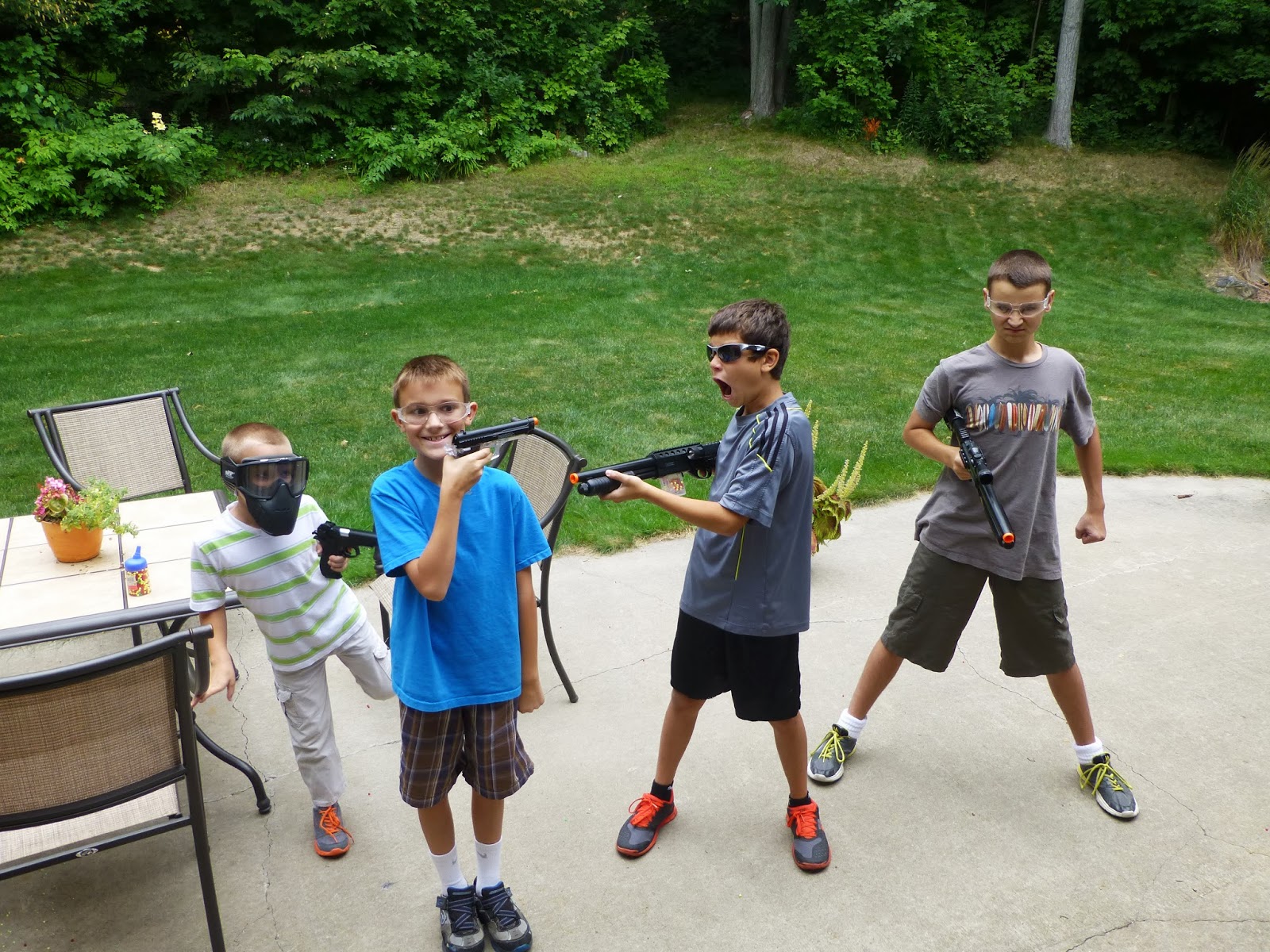 They were laughing and calling out hits. About 10 minutes into the "war", I heard Skylar scream. It wasn't his normal scream and I ran outside thinking he'd been hit somewhere that smarted a little more than usual. He had a tiny scrape on his nose that was bleeding so that is where my attention went immediately. He said he couldn't breathe and it came out that he had fallen off the retaining wall. It is really high and there is a lot of granite at the bottom! He'd been peering around the corner of the house to get a good shot from cover and had lost his balance. 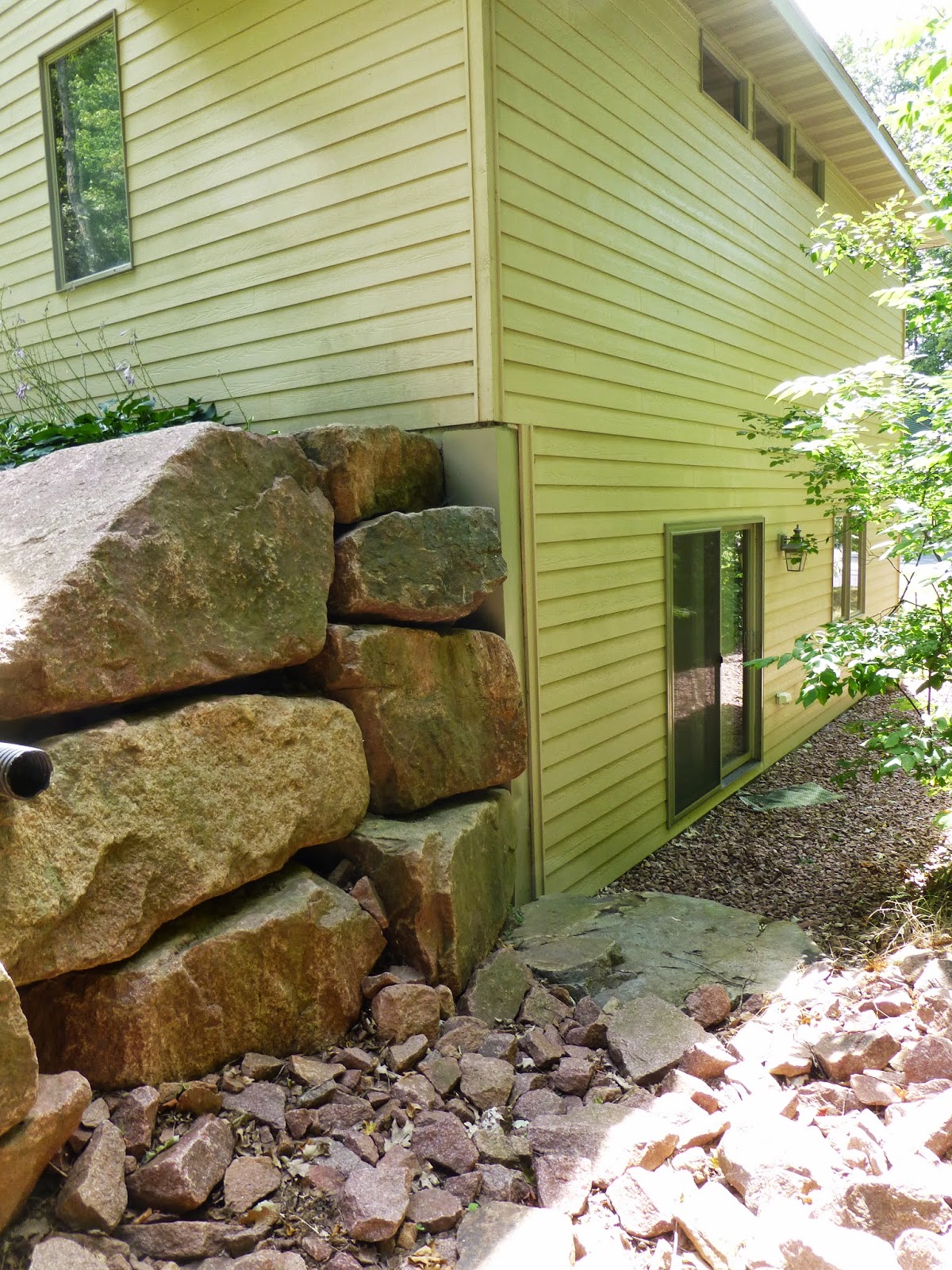 I was looking over his face while asking him what hurt the most. He said my arm and I looked down and saw his wrist looking totally wrong. My stomach sank and my heart beat rapidly. I scooped him up and carried him in to the couch. I called Jocelyn down and asked her to write down the address of the nearest urgent care center. She first grabbed me an ice pack (good thinking) and then got me the address while I just sort of shook for a minute. I got the address into my phone's navigation and carried Skylar out to the car. I took Brighton with me to help with doors and comfort Sky while I drove. Sky was crying, but not hysterical and the drive took about 15 minutes with Sky crying off and on. We were praying and trying to sing along with the radio along the way.

We got to the ER and talked to a receptionist who asked questions which seemed really difficult to answer at the time, but were just simple. We got into a room very quickly and a doctor came in and said that it was definitely broken. I didn't think of taking a picture of the arm, but it probably would've made you squeamish anyway. I'm very thankful that no bones were sticking out. The ER doc checked Skylar all over to make sure there were no other injuries needing attention and placed a call to an orthopedic surgeon who would come in about a half hour or so and a nurse put in an IV and started Sky on a little bit of pain medicine. The weird thing was that Sky was very quiet by this time and even dozed a little before the pain meds were even in. 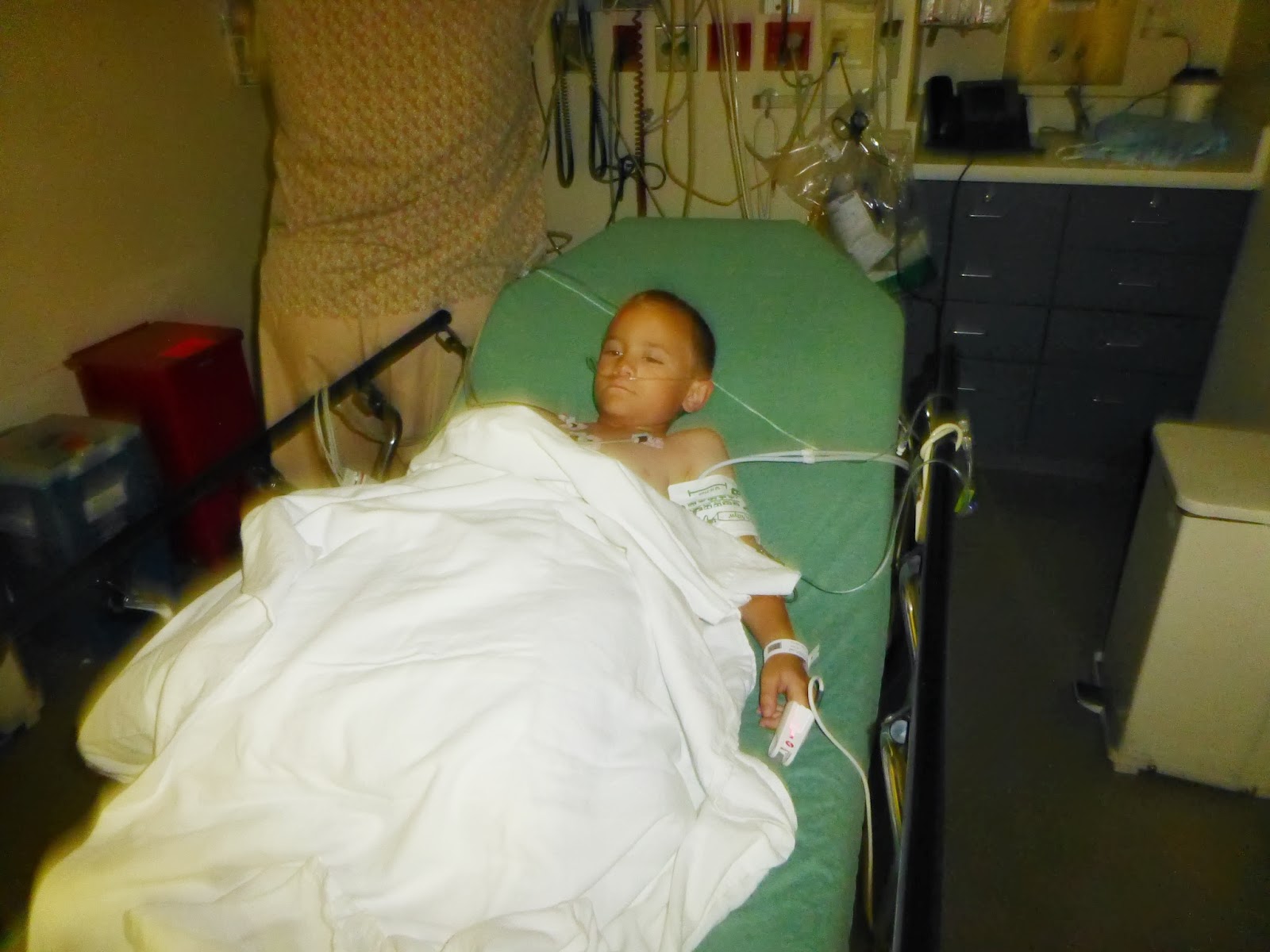 I had tried to call Brock from the ER and gotten his voice mail a couple of times in between when the doctor and nurses were coming in and out. He asked me to text him so I did, but my phone battery was dying so the poor guy didn't really know what to do. Lisa showed up and stayed with us for a little bit which felt a comfort. Then Brock came after getting a ride from one of Rimon's employees since Rimon was conducting an interview. Once Brock got there, Lisa left since she had another meeting to go to as well. Brighton chose to go home with Lisa to hang out with the other kids.

Brock and I talked while Sky dozed and we waited for the ortho doc to get there. Sky was very peaceful and we discussed just how high the wall was (Lisa estimated 8-9 feet) and just how thankful we were that all we were dealing with was a broken wrist. Skylar was wearing his full face mask for the "war" which protected his nose and mouth from hitting.

Some "before" x-rays were taken so the ortho doc could make an assessment and determine what his treatment would be. Once he got there and had made that assessment, they gave Skylar a drug that would keep him conscious, but sedated, just for long enough for the doctor to attempt the reduction (re-aligning the bones). Both the radius and the ulna were broken, the radius most severely, just before the growth plate. The drug doesn't suppress his breathing like putting him all the way out would so it is the preferred way. We were warned that he might have kind of a rude "coming out" of it like a "bad trip", but gratefully, under the doc's skilled manipulation, both bones went right into place and stayed there while the doc applied a plaster cast. Skylar was just laying there, eyes open, looking around and calm. When it was in place, I was able to go back up by his head and I could see when he was starting to come around. He looked at me with more recognition and managed a little smile. No bad dream feelings for him, it seemed. So thankful. 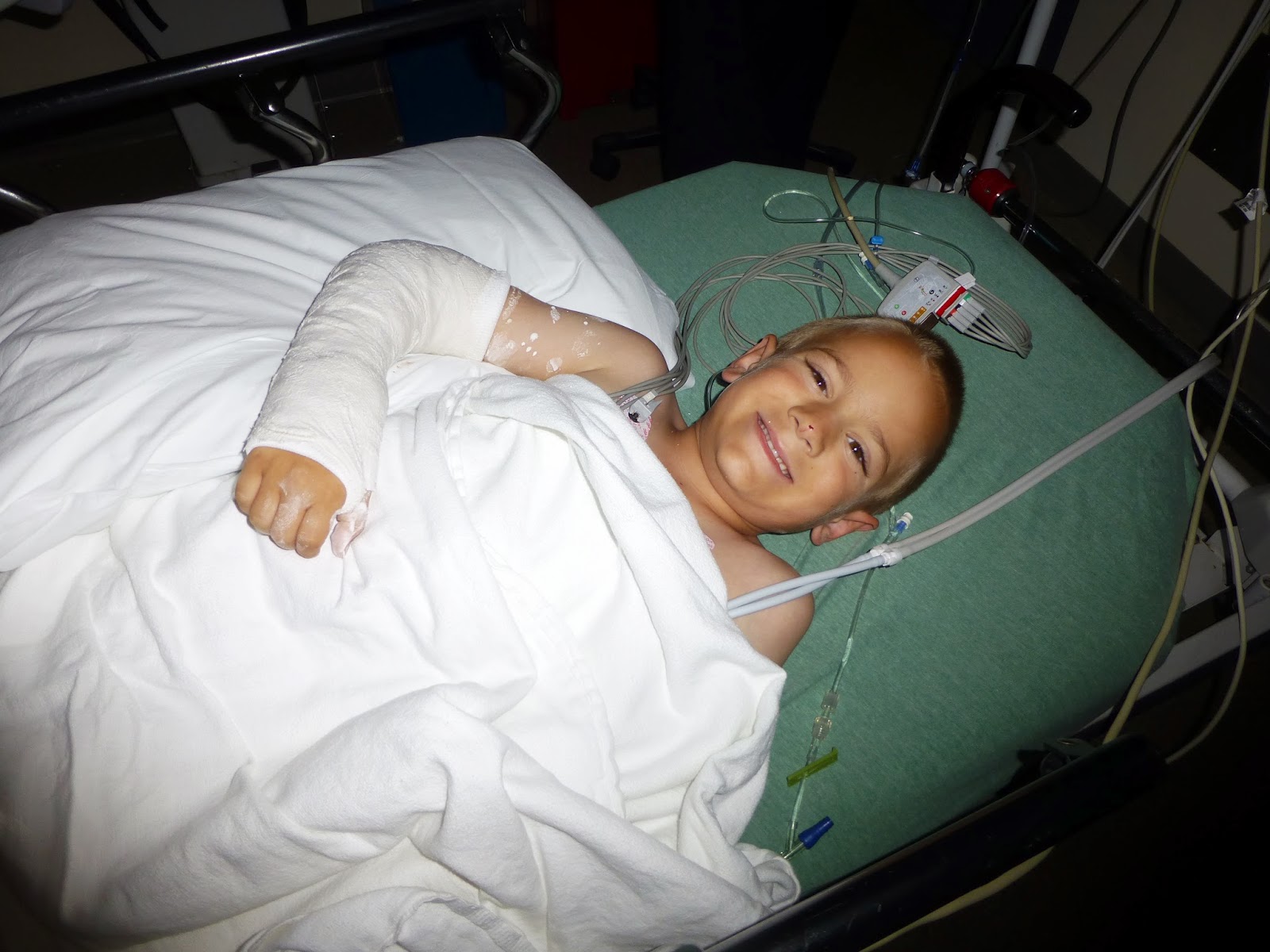 We talked to the doctor about our unique situation and when Sky would need followup checks. He said he wanted to see us at his clinic on Wednesday and as long as the bones are staying perfectly and the swelling isn't too severe, he will just put a layer of fiberglass cast over the plaster that he's already done. If the bones have moved at all, then we'll have to look at other options. We are keeping Skylar very still for the next couple of days. Since he was still a little woozy from the anesthesia, he got the royal treatment out to the car. 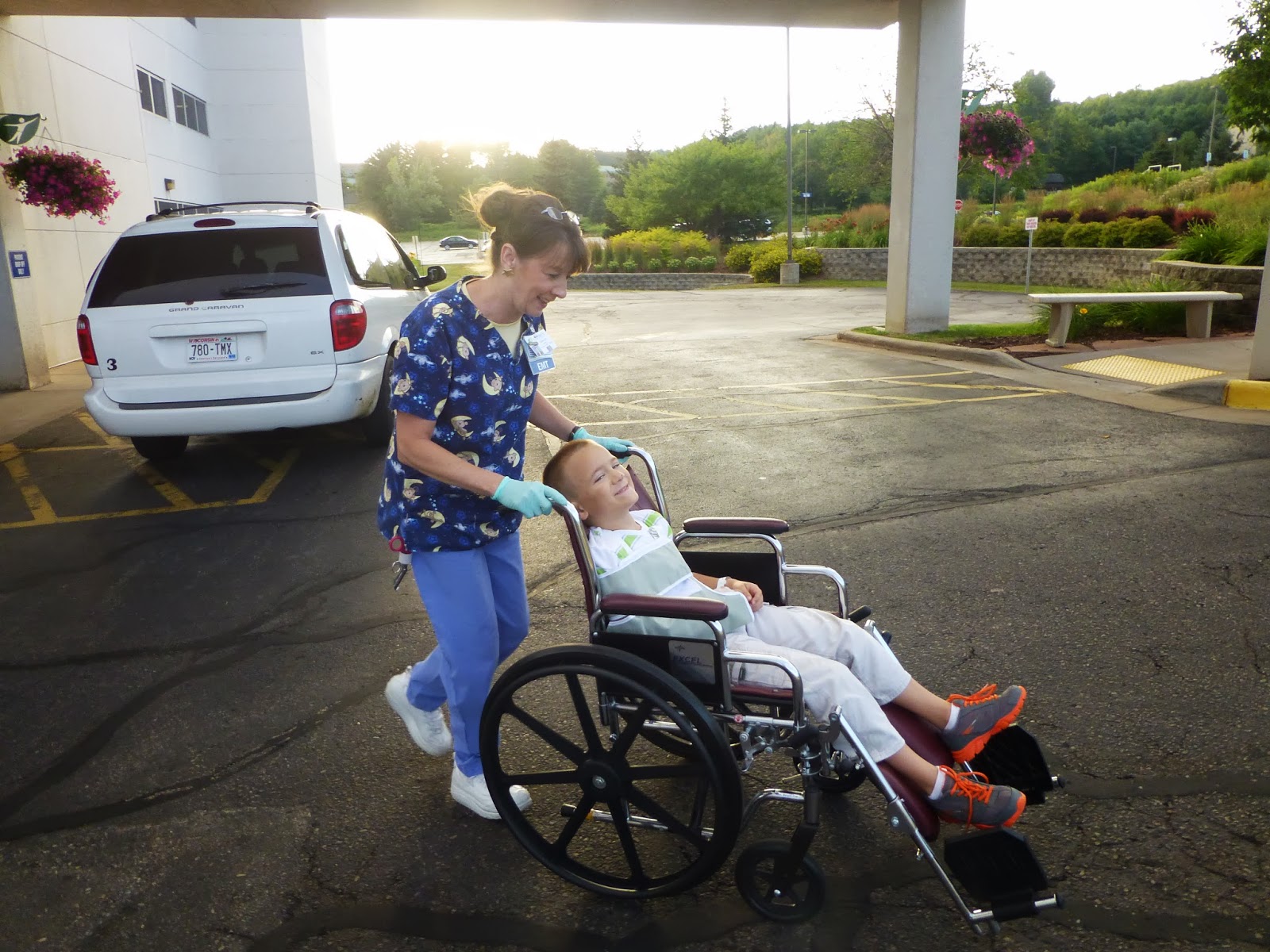 He came home and greeted everyone with subdued positivity. He ate a little dinner and was ready for his ice cream. 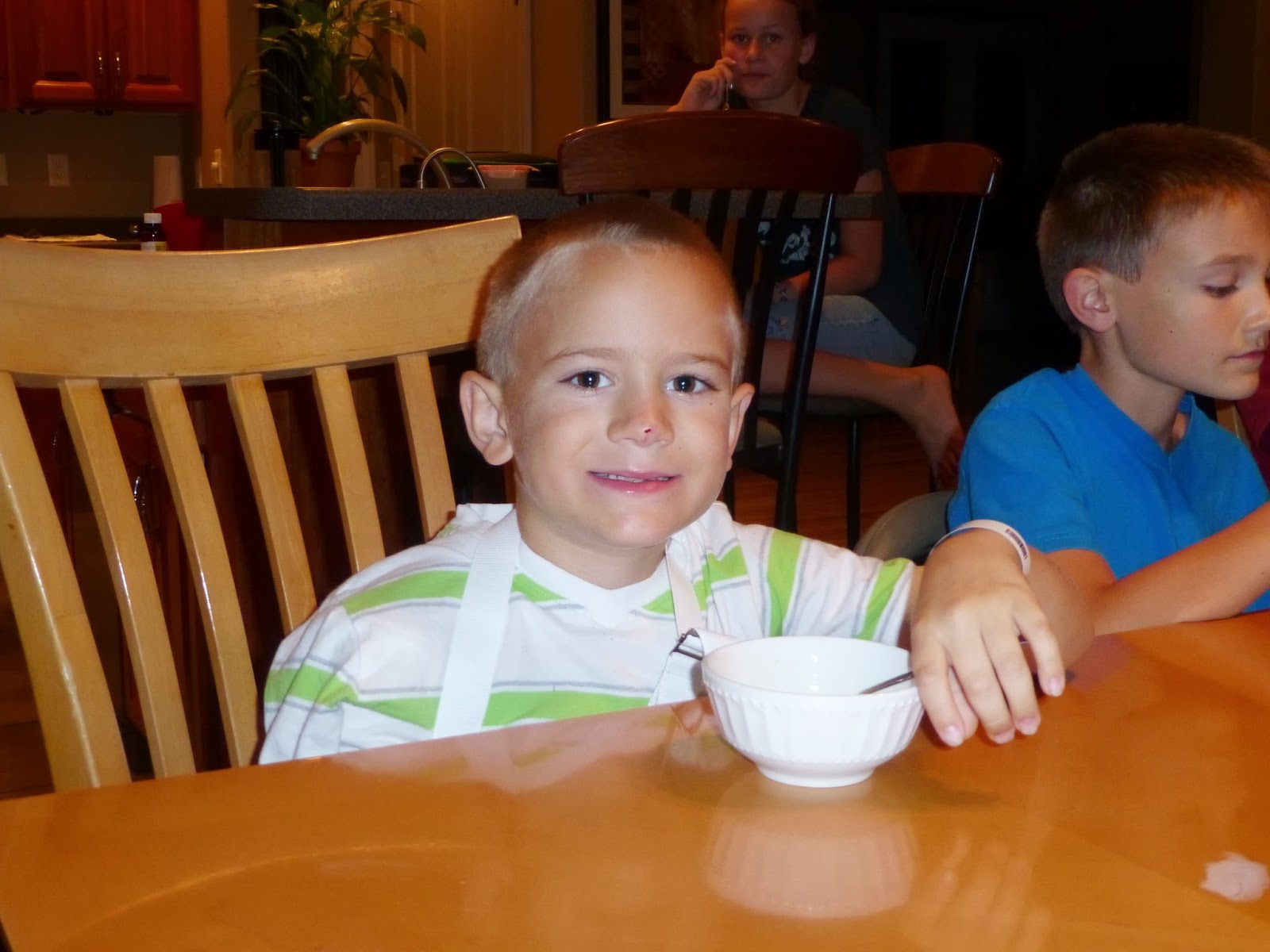 Brock picked up the acetaminophen with codeine out of a vending machine right at the ER which was really convenient. The pain meds are helping Skylar handle his recovery and he is really being a trooper.