Living in Golden for the Day

Today was a regular morning around the trailer. I got a call from my aunt and uncle who live here in Golden. I talked to Polly on the phone for awhile, telling her a little about our trip. She and Darrell invited us to come by their house for a visit this weekend.

The kids and I took over the little playground that is at Lion's Park just down the street from the campground. 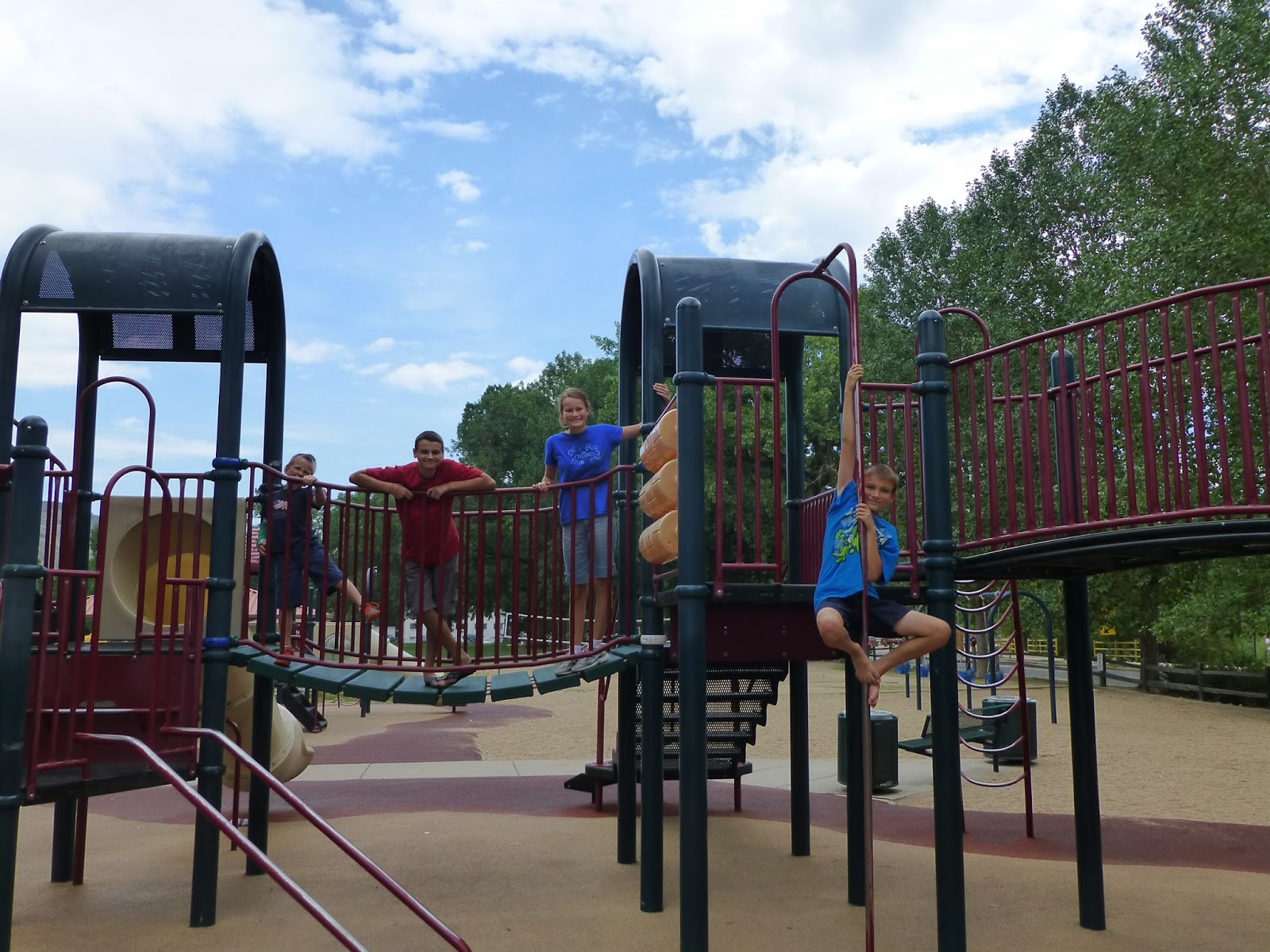 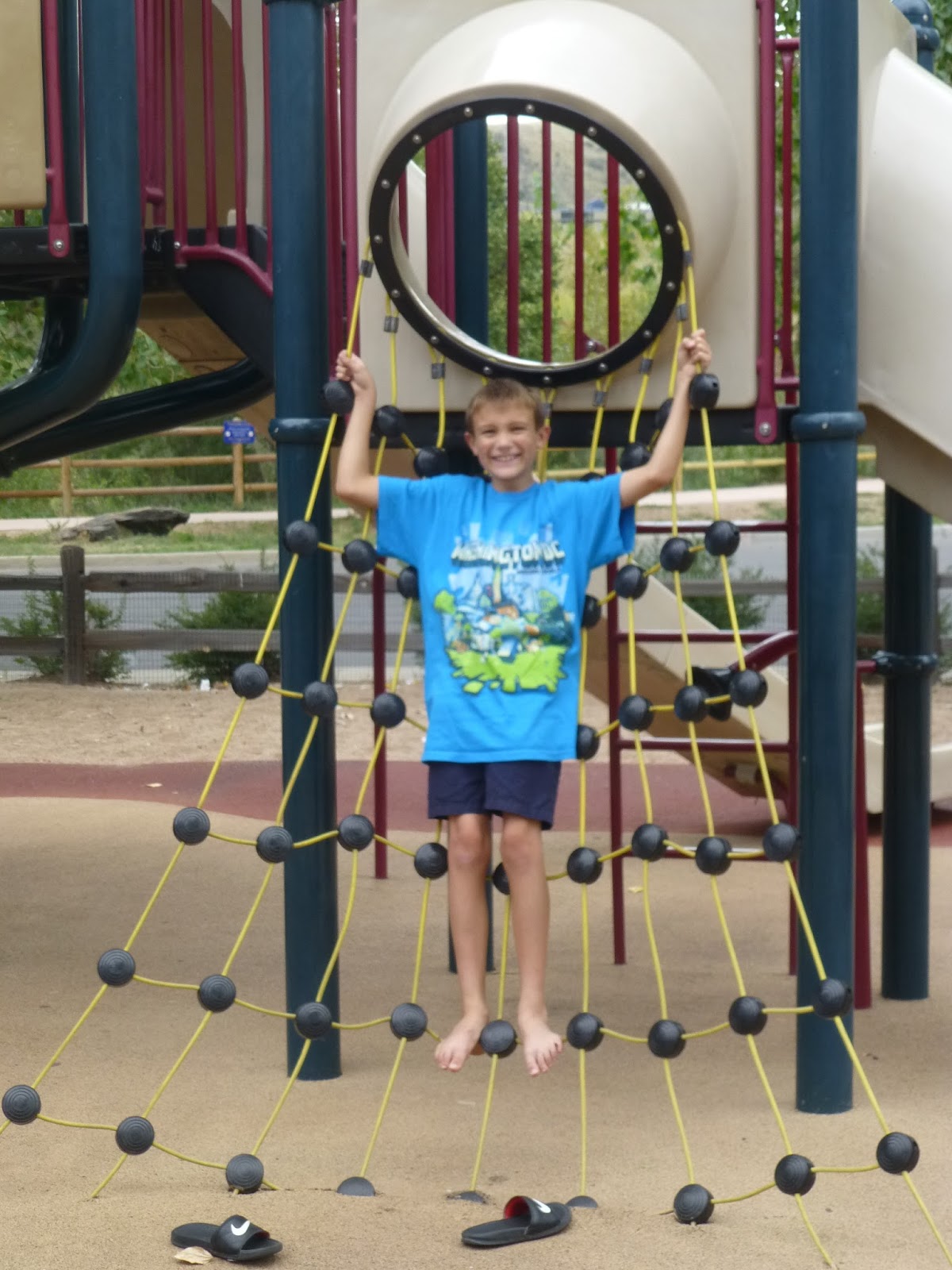 We headed back to the trailer, ate lunch and then the kids and I went out for a shopping excursion at Costco. That was fun since we hadn’t seen a Costco for a couple months at least. I took my time and cruised up and down aisles, but we didn’t buy much since we don’t have much room in the trailer. We finished off the shopping trip with Brynna treating us all to some soda pops. It was really hot and the skies were clear and blue as we left Costco.

We got back on the freeway to return to the trailer, and Brock, and found that he’d made plans with Eric for us to head back up and possibly go for a mountain hike. The skies were getting grayer and cloudier by the moment as we began our drive to meet Eric at his house. Traffic was really heavy along the highway we took last night, so Brock decided to take a detour on a different road that would join back up with the highway. We were seeing some spectacular lightning strikes in the skies as we wound our way up the curvy mountain road through the Red Rocks Park area. There were some lightning bolts that seemed to just hang in the sky for 5 seconds. It was awesome! Then, it began to rain. It was raining hard so that made it a little harder to enjoy the skies. 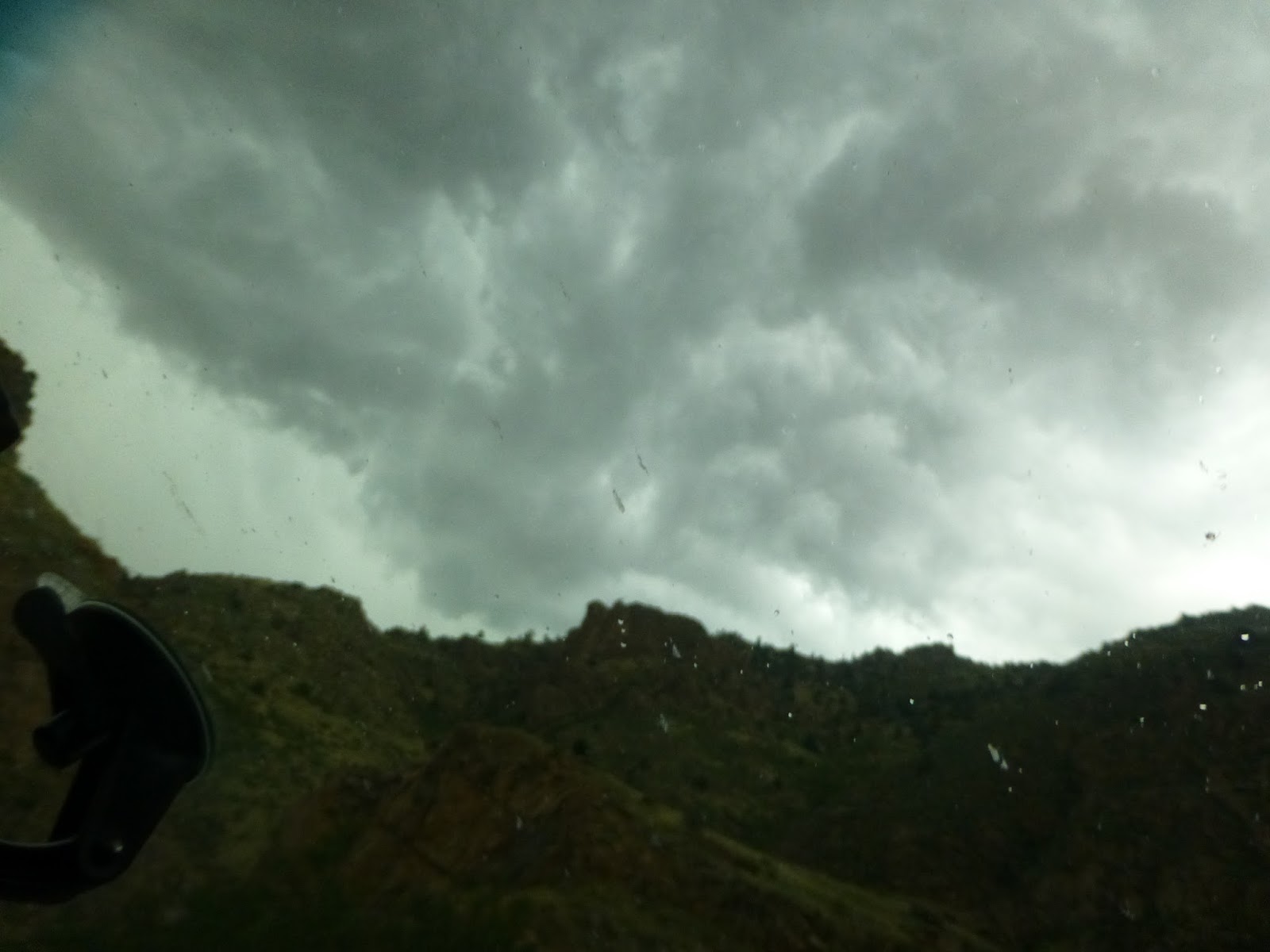 The rain lightened up as we joined back up with that original highway with lighter traffic now. However, as we climbed the mountain we began to be pelted by pea-sized hail. It was all very exciting! We saw a poor guy on a motorcycle who’d had to pull over to the side of the road. He was holding an umbrella against the hail which instantly snapped up in the wrong direction due to the wind. There was one spot just as we reach the peak of that hill, where the road was white with the hail and we had to slow way down in case it was slippery. 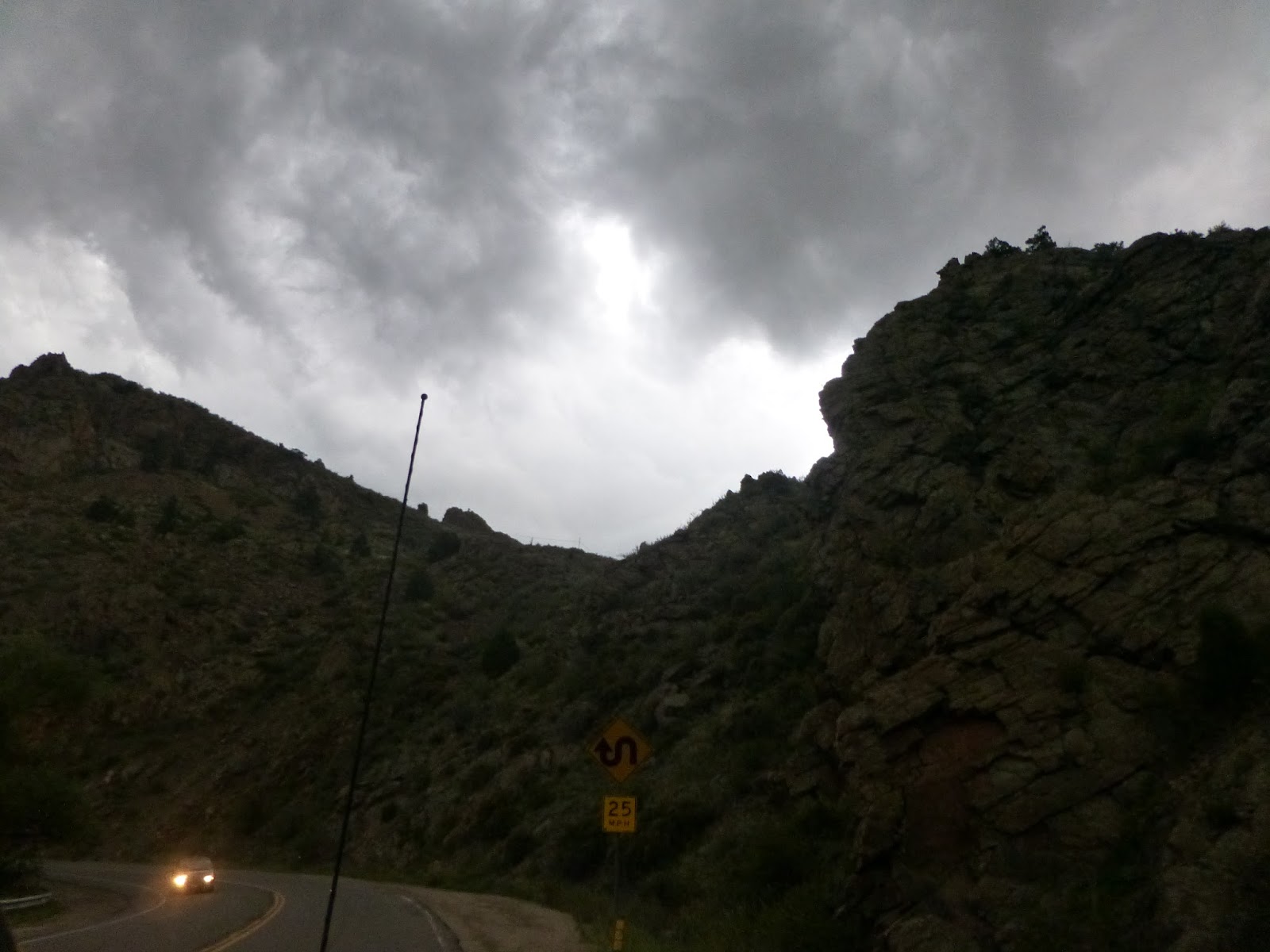 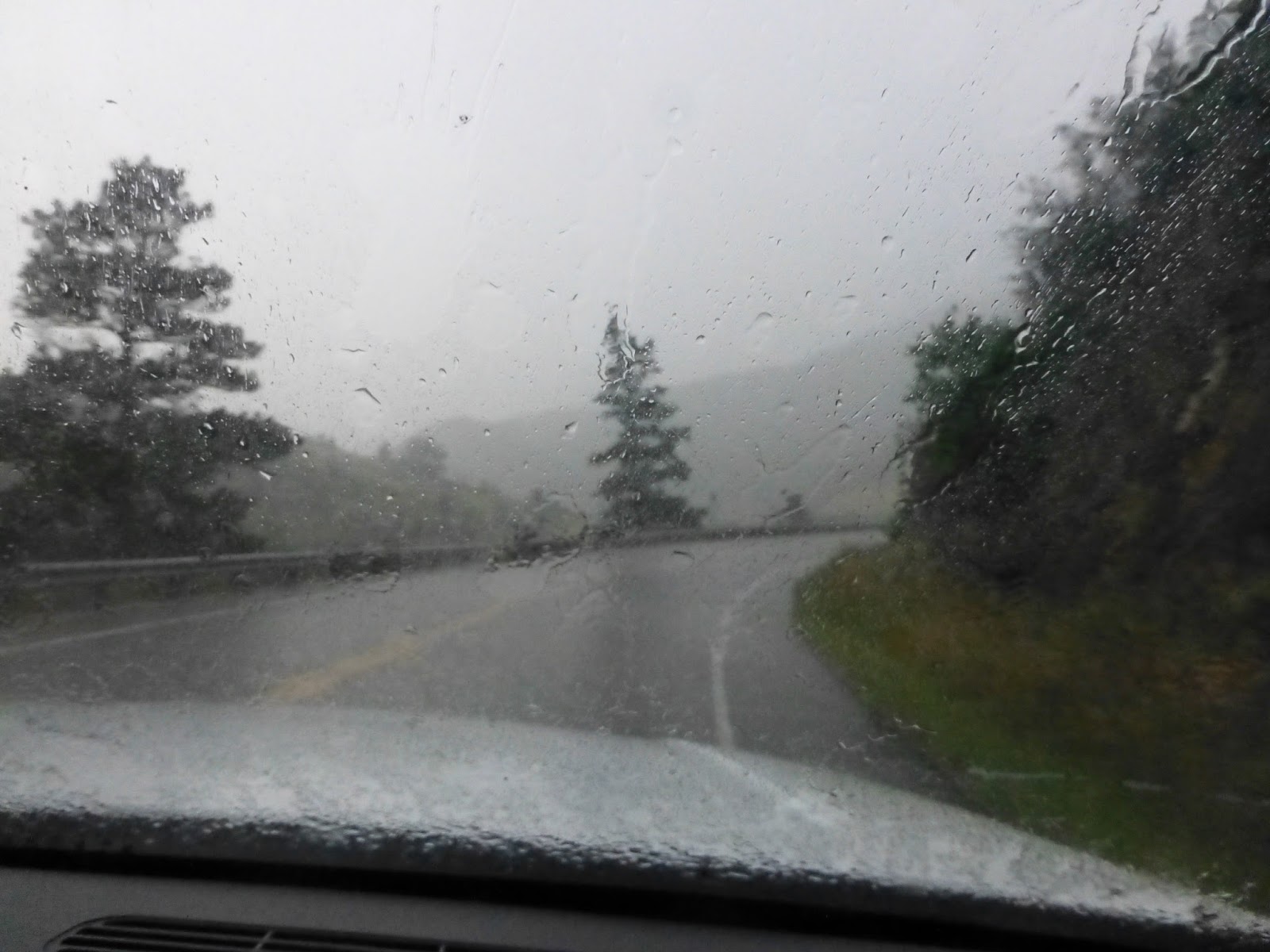 Once we pulled back up into Eric’s driveway, it was just lightly sprinkling and the main storm was not around. It didn’t however look like much hiking would be taking place tonight as the lightning and thunder were still very present.

Everyone took turns greeting Peaches who was very patient with us bird newbies. We were kind of intimidated by her, but Eric stayed close by and Peaches was very gentle and patient with us. She was, however, much more comfortable and relaxed atop Eric. 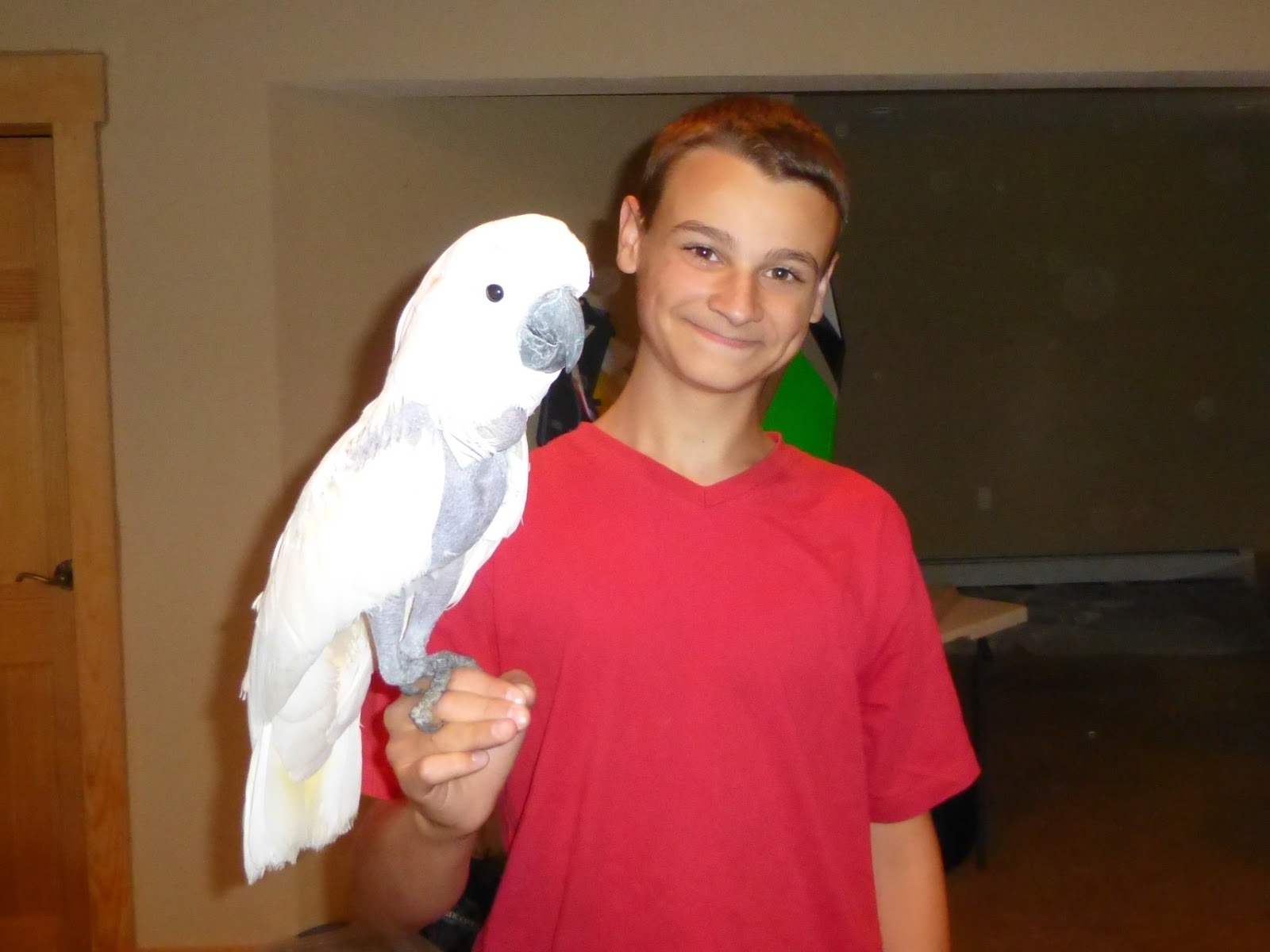 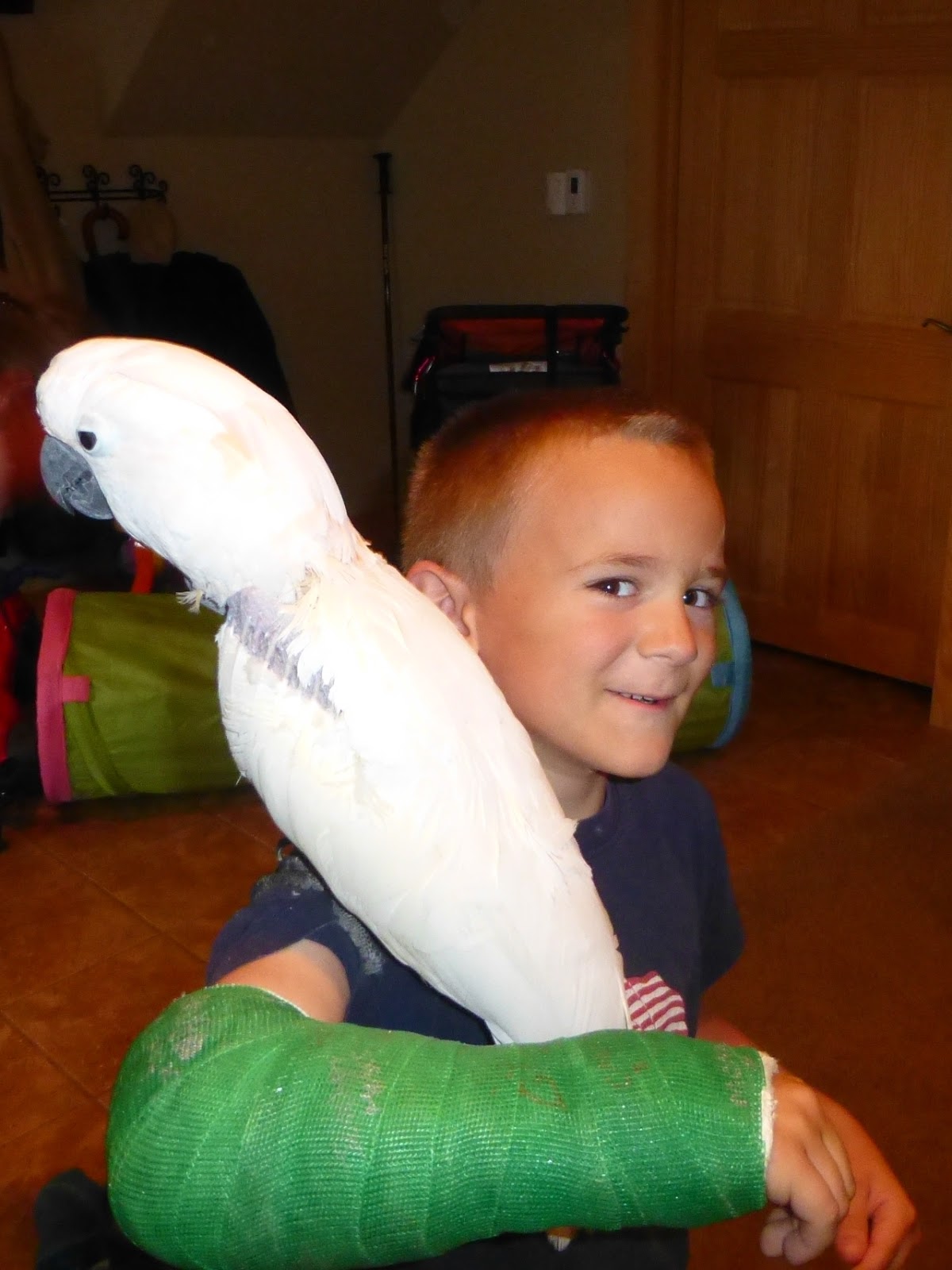 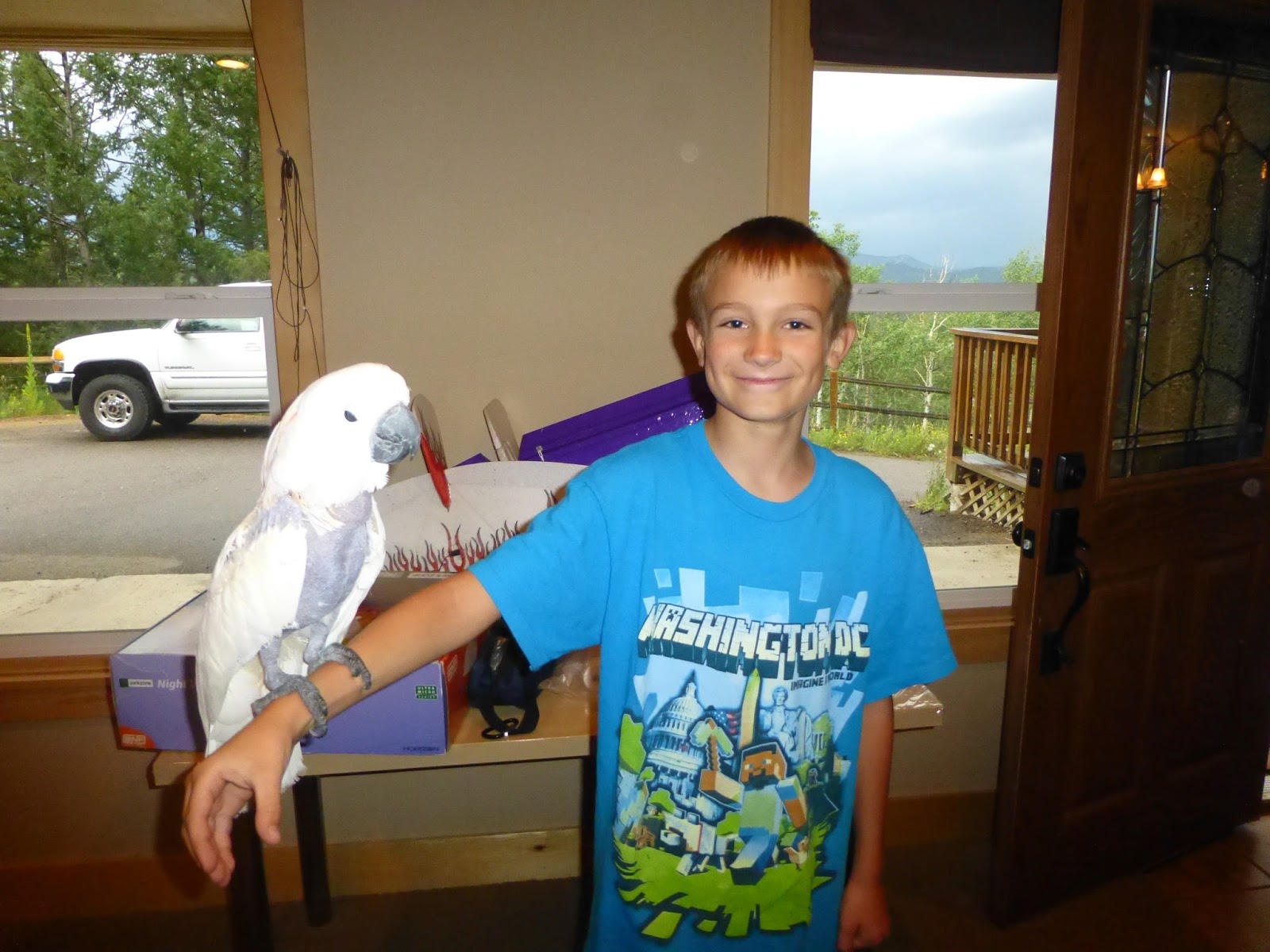 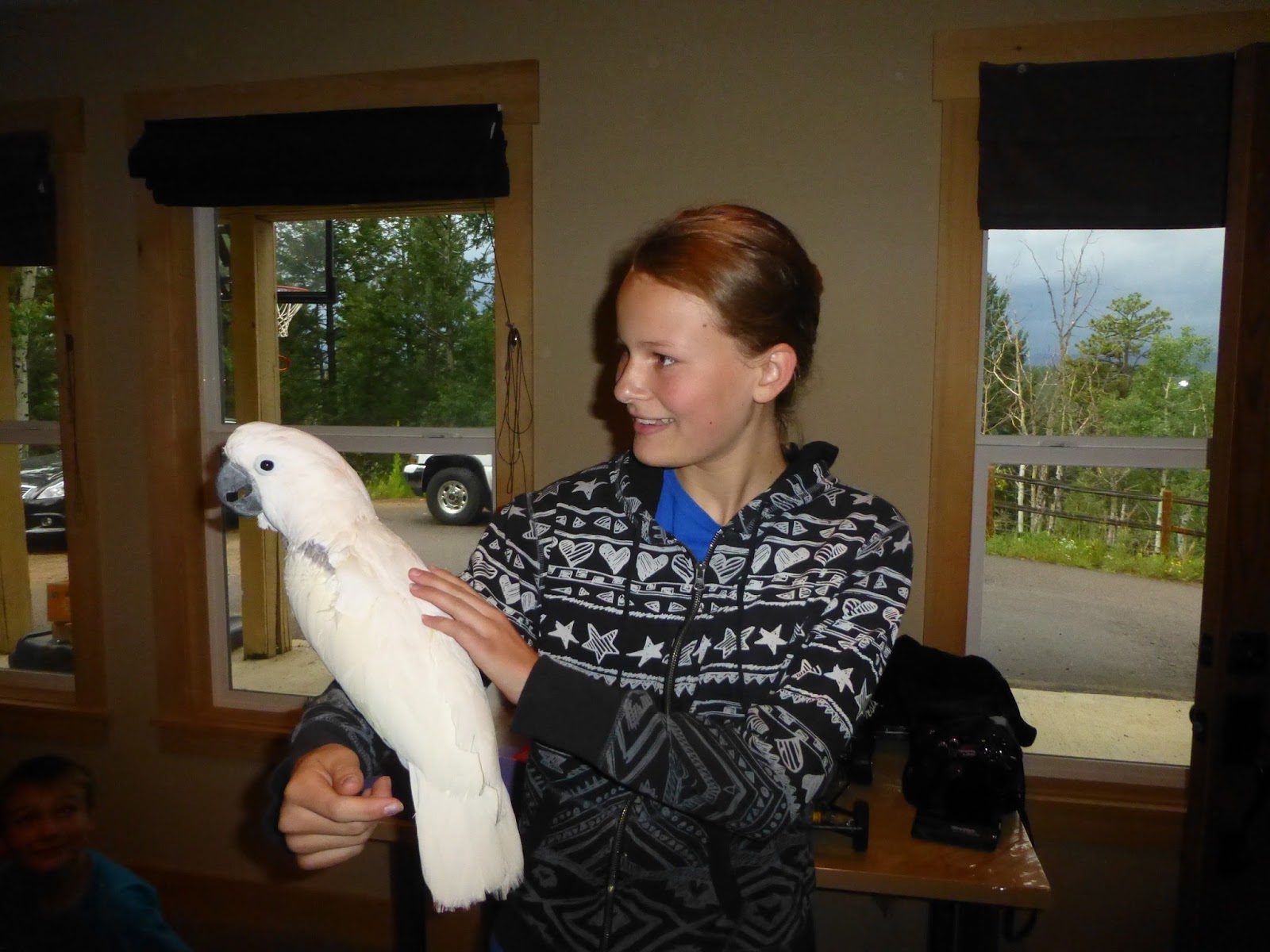 Deshika and Leo arrived home and we all greeted them. We all visited and played with the Adkins’ family pets. The kids watched a couple cartoons while Eric and Deshika prepared dinner. It turns out Eric is pretty good with the BBQ as his steaks and marinated pork were delicious.

We enjoyed the Adkins’ family’s company and conversation and periodically checking out the storm which continued throughout the evening. They have big sun room windows which were perfect for lightning watching.

We eventually headed back down the mountain feeling ready for bed before we actually got back to the trailer, but we waited patiently and everyone crashed once we got there.
Posted by Brock McFarlane at 10:22 PM