Things always seem to look a little better in the morning. :o) Brock was able to get a little Verizon data coverage working and that and a combination of slow campground wifi let him limp along to get his report submitted. He hates missing deadlines and that one might come with a fine. A little later in the morning, he took the car to go get gas and find a little stronger Verizon signal to make a couple of calls. I think he found it in the parking lot of the local grocery store.

The morning sunlight made the campground look a little nicer than it had in the dusk last night. I gave the boys haircuts. Sky didn't want one and fussed loudly the entire time. Spencer, who usually has a hard time, chose to man up and not complain. I was proud of him. He started telling me how at the training school where he got his last haircut, they pulled his hair. I asked him if it was worse than my haircuts and he said it was. That, plus the fact that he had to pay for that one out of his own pocket, must've given him an ounce of courage. ;o)

Everyone worked on a nominal bit of school work just so they could have the green light to play video games. They did for awhile and then hit the playground here while I got my shower.

Brock and the kids arrived back at around the same time. Brock had talked to the office and part of  the problem with the wifi was that they'd given us the wrong code for last night. It was the one they would be changing to, but it hadn't actually changed yet. With that bit of information, Brock was able to complete his work day here at our site. He went outside to get a strong enough Verizon cell signal for his phone calls, but thankfully it was quiet enough out there that it worked.

After lunch, I headed over to the playground with Spence and Sky. They have some fun equipment. 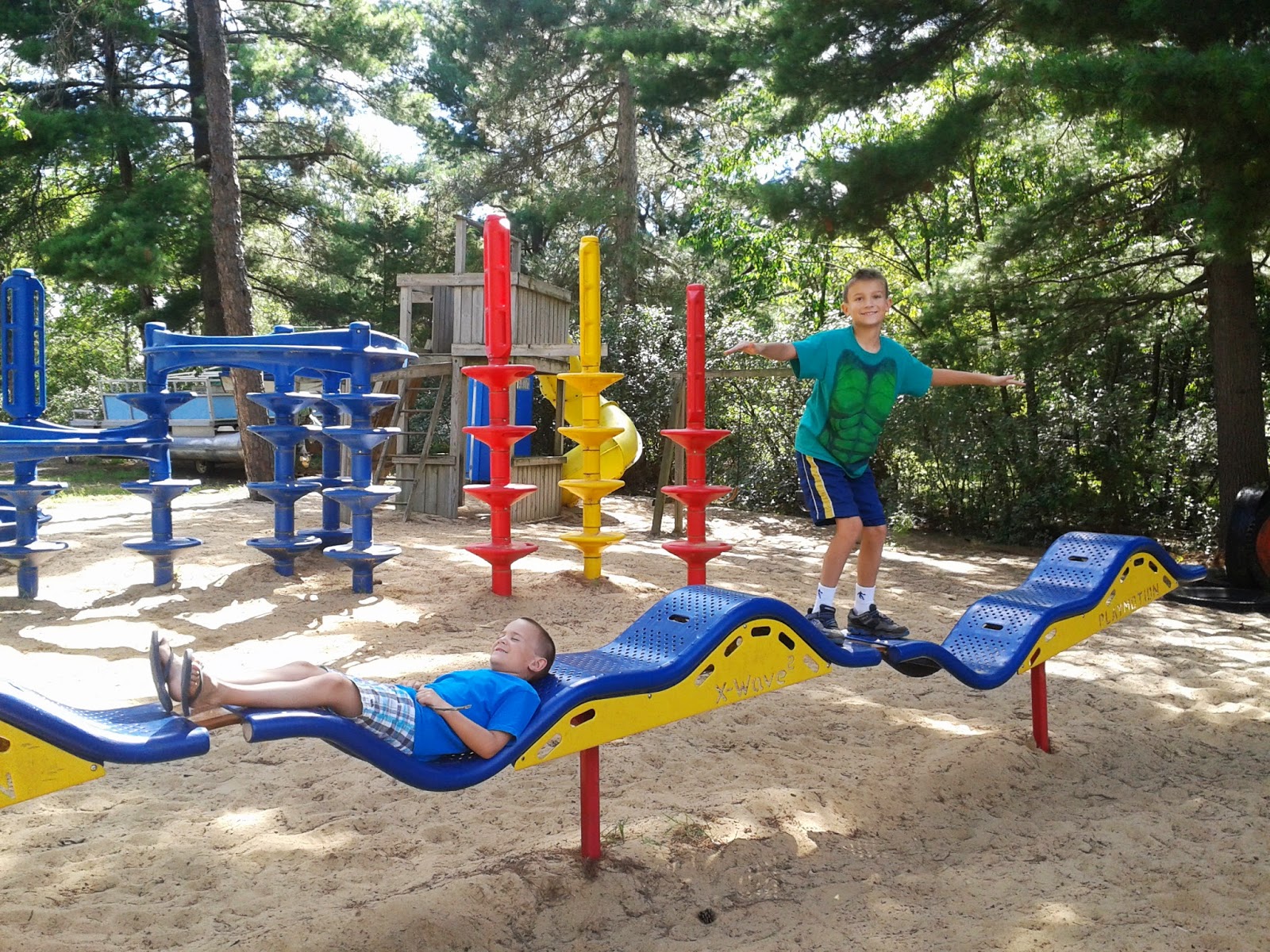 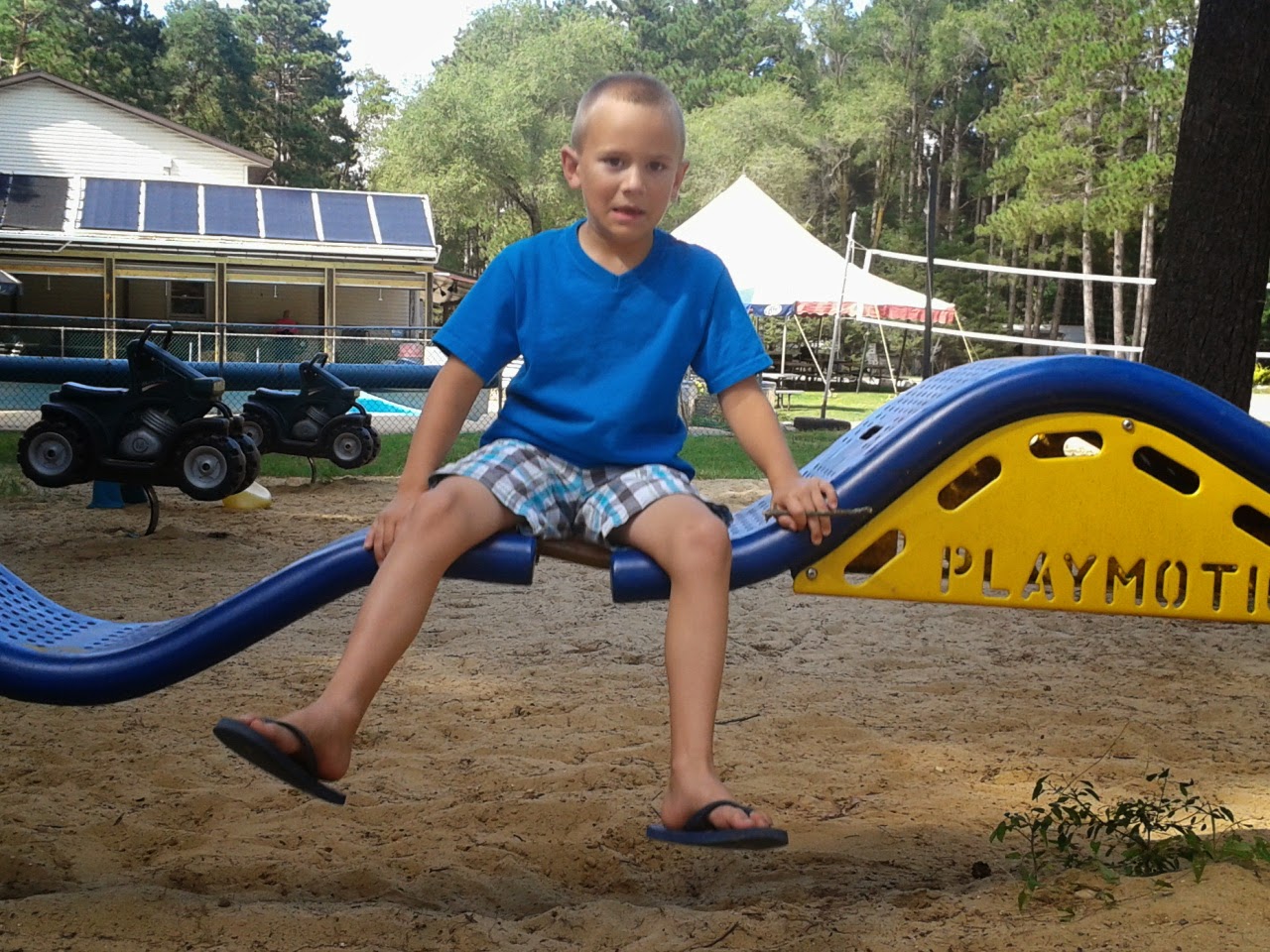 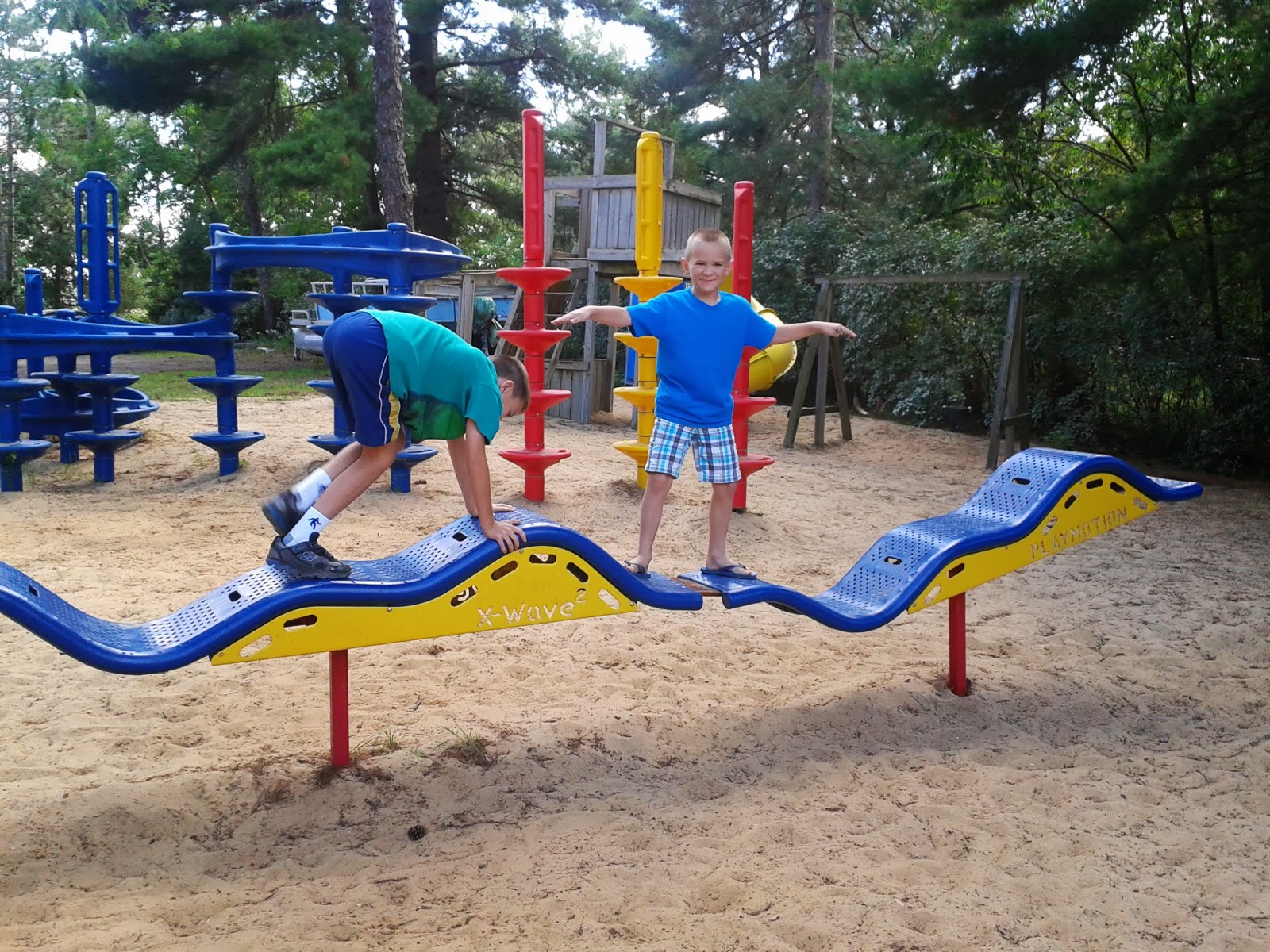 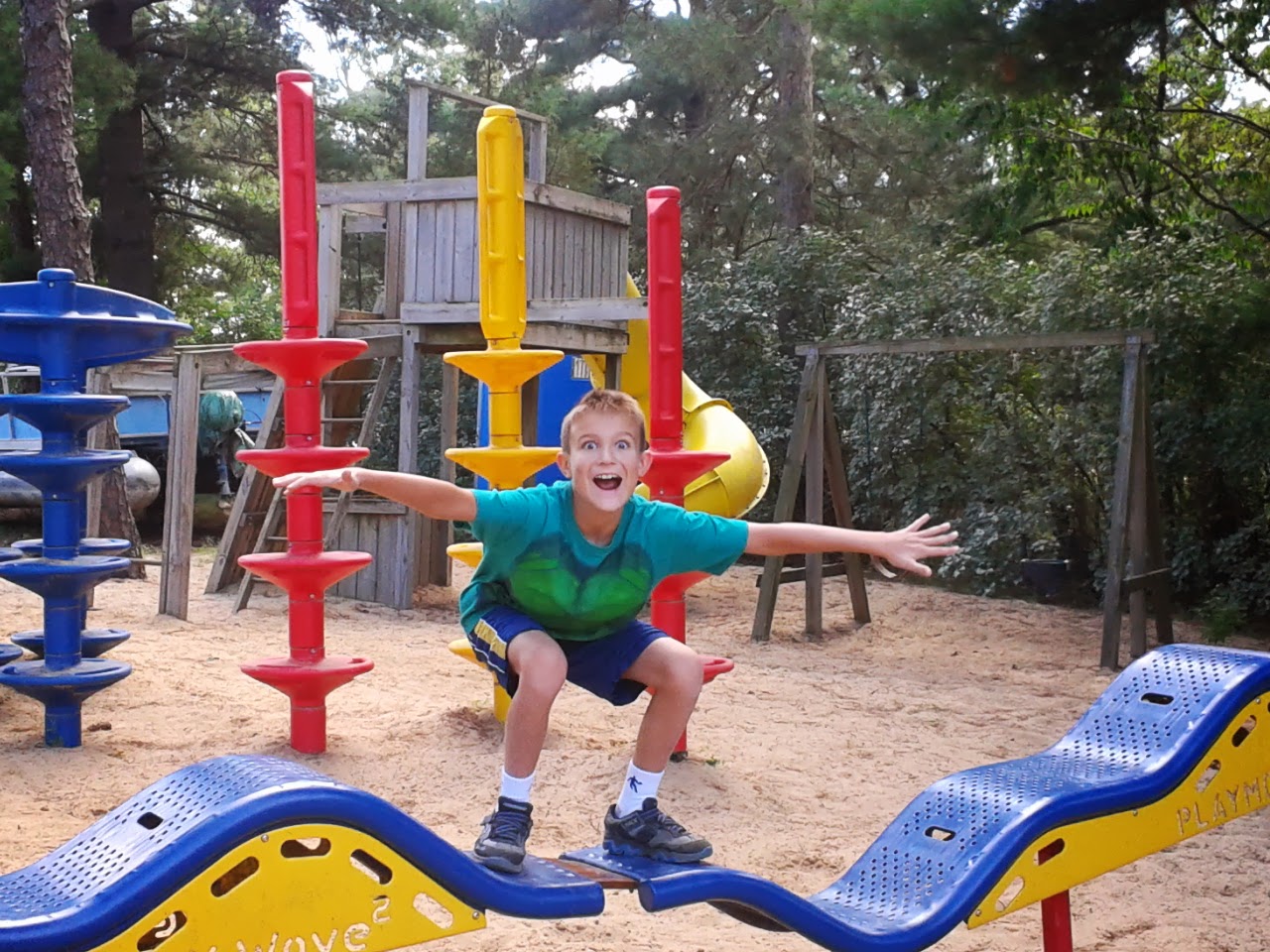 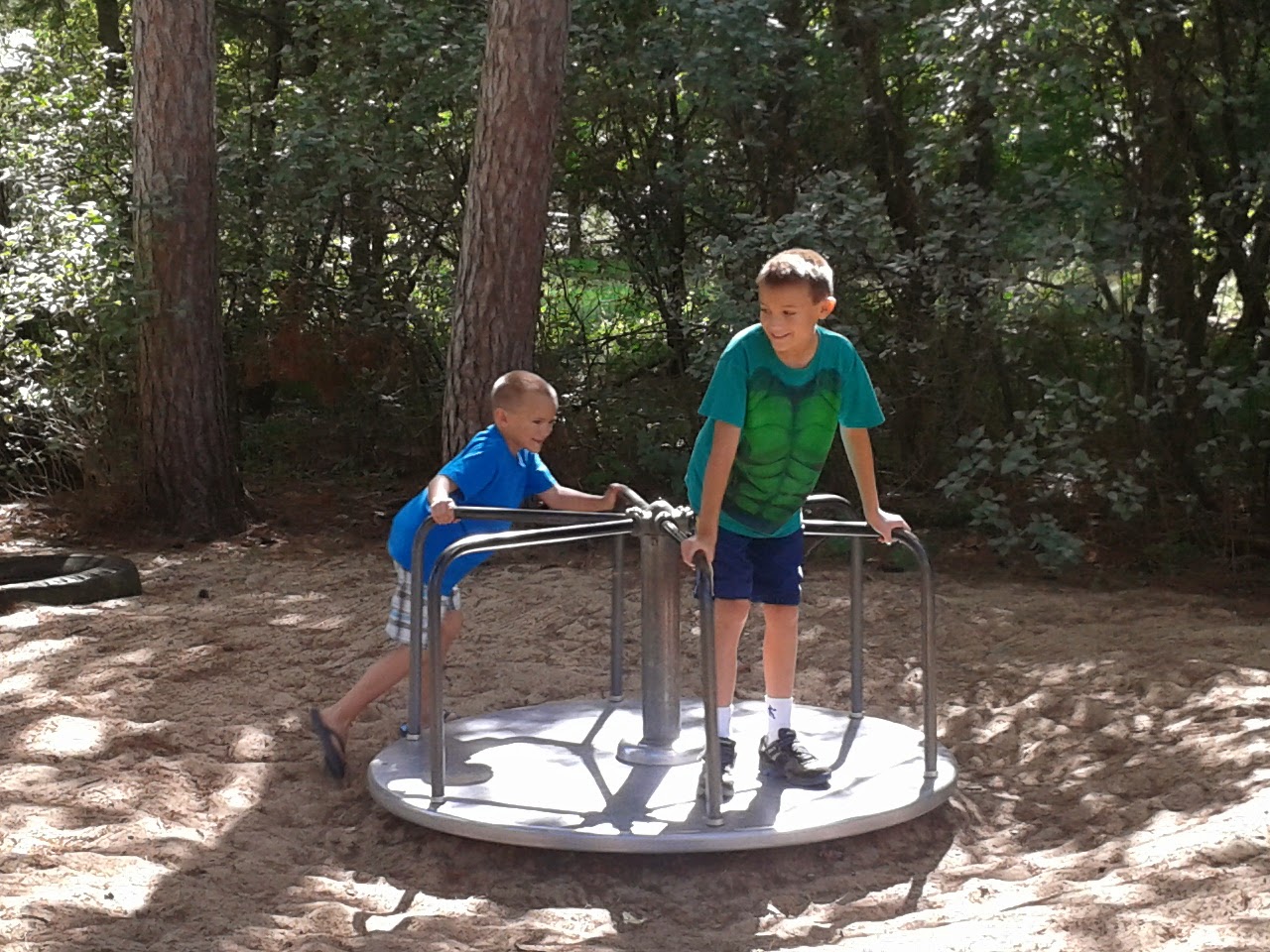 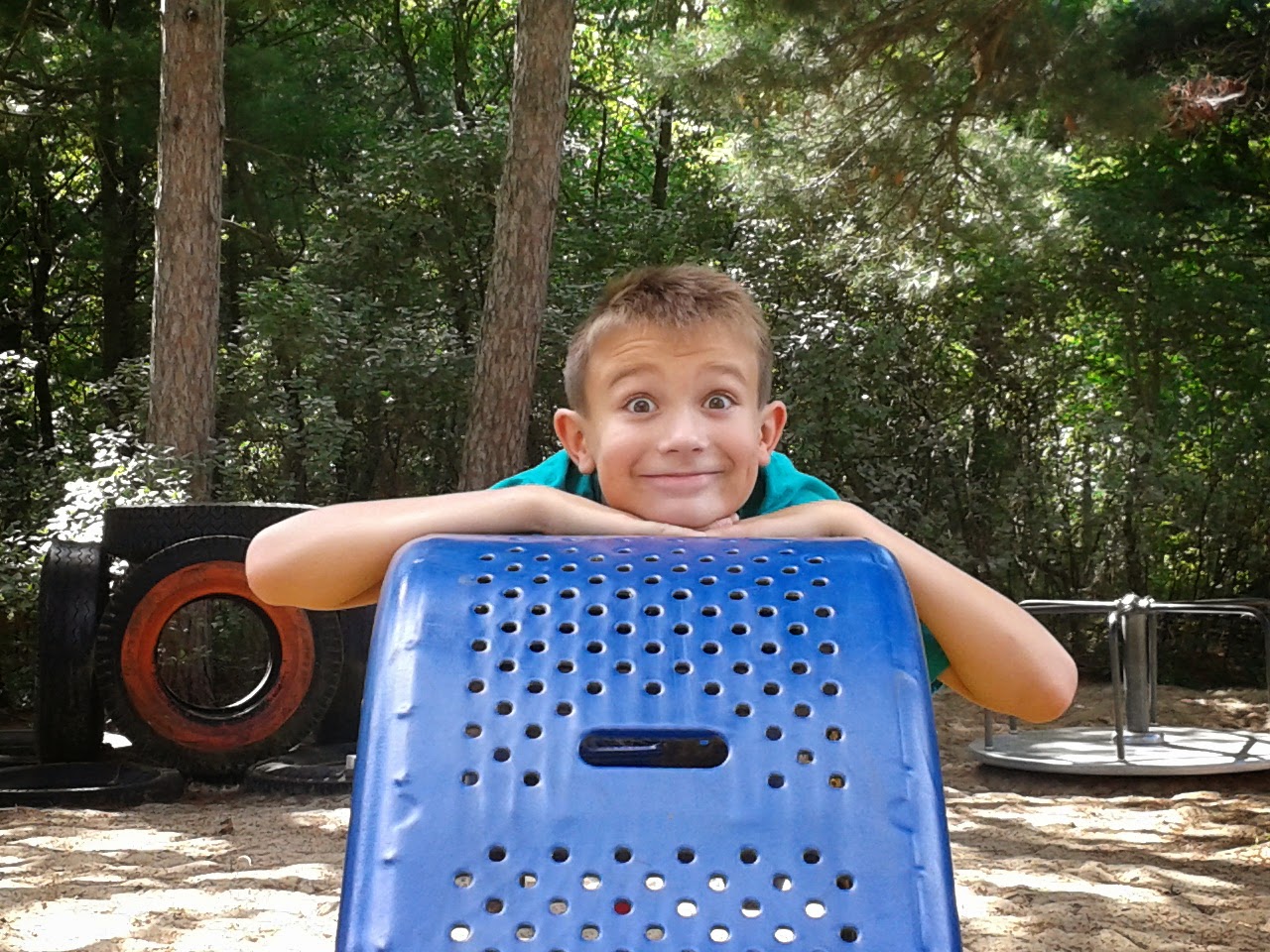 We came back and there were more video games played. More work done. More meals cooked.

So, this won't go down as one of our favorite camp spots, but at least it will work for a couple more days. It's definitely looking better than it did last night.